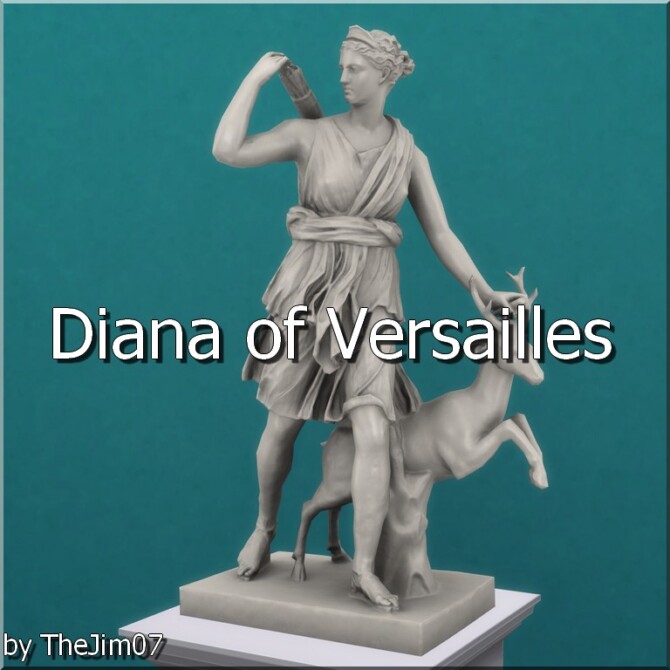 Objects, Decor: Diana of Versailles by TheJim07 – Mod The Sims 4.

The Diana of Versailles or Artemis, Goddess of the Hunt, is a slightly over-lifesize marble statue of the Roman goddess Diana (Greek: Artemis) with a deer. It is a partially restored Roman copy (1st or 2nd century AD) of a lost Greek bronze original attributed to Leochares, c. 325 BC.
Probably discovered in the region of Nemi, Italy, the statue was donated in 1556 by Pope Paul IV to Henry II of France. In 1602, Barthélemy Prieur restored it and added the deer, thus transforming the statue into Diana the Huntress. During the reign of Louis XIV, the group was installed in the Hall of Mirrors of the Palace of Versailles, from which it takes its current name of “Diana of Versailles”.
In 1798, the statue was transferred to the Louvre Palace in Paris, where it still stands. 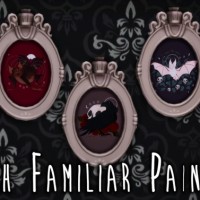 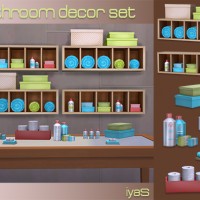 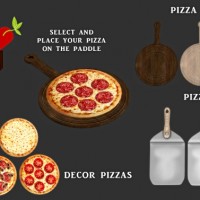 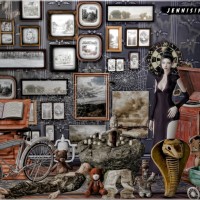