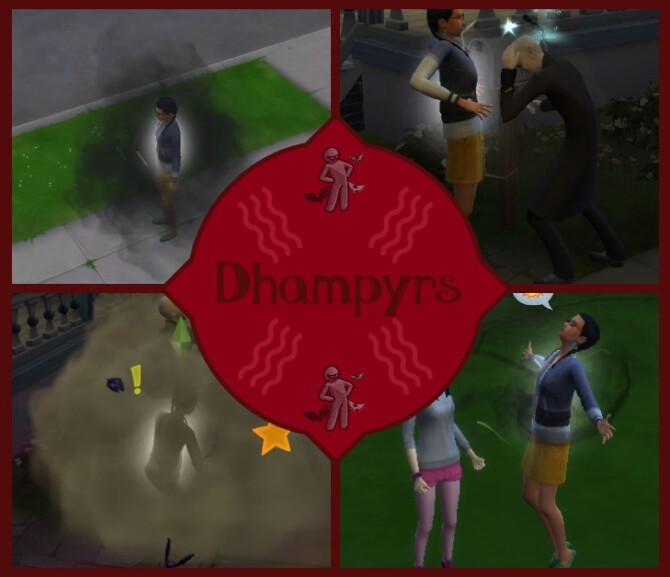 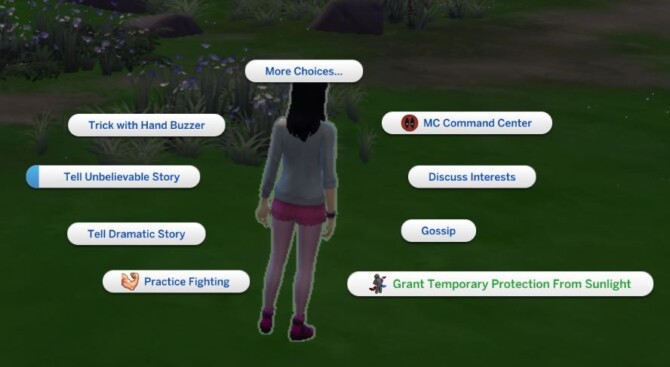 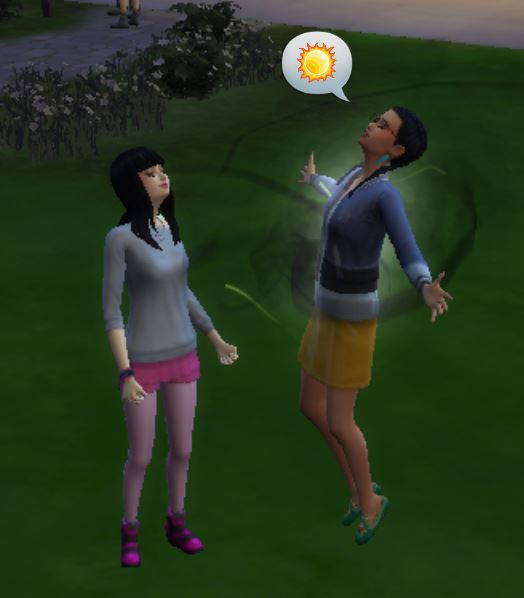 Becoming a Dhampyr requires some effort, and does not happen automatically. Should any non-Vampire child of a Vampire reach Level 15 Vampire Lore, their extensive knowledge of the subject will enable them to unlock a particular detail. Namely, that if they, as the children of a Vampire, were to consume a Plasma Fruit, they would fulfil their true potential as a Dhampyr.

(so basically TL;DR: those are the two steps, if your Sim is a human born of a non-Vampire parent, eat a plasma fruit after reaching Vampire Lore Level 15, and you will become a Dhampyr)

Careful with that decision, though! Dhampyr conflicts with Vampire, so your Sim will not be able to become a Vampire… for as long as they live, that is (more on that later).

Once your Sim is a Dhampyr, they’ll gain access to a few perks!

Access to all Vampire transport methods (Fly as Bat, Teleport as Mist, and Vampiric Run). Note that they must be toggled via clicking on your Sim.
Agelessness – Dhampyrs will not age past Young Adult.
Dispel Mind Control Powers – can free other Sims who have had Mind Control perks cast on them by Vampires (They cannot cast Mind Control.)
Permanent Vampire Resistant Cocktail buff
Ability to grant temporary sunlight protection to Vampires (via the Sunlight Resistance buff). If used on non-Vampire Sims, they’ll get the buff, but all it will do is make them +3 Energized for a while
Max Vampiric Fighting skill (same perk that can be unlocked by Vampires)
Nightly skill gain bonus of +25% to all skill gains (50% for Fitness and Mixology)
…at the cost of skill gain during the day being half as fast, that is. 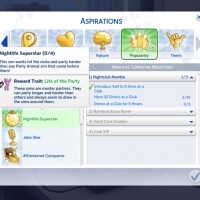 Nightlife Superstar Aspiration by MissBee at Mod The Sims 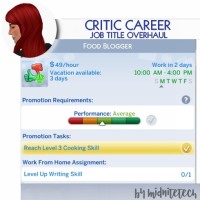 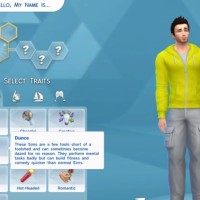 The Dunce Trait by conka2000 at Mod The Sims 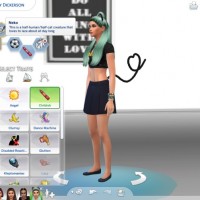 Neko Trait by Simsbunny19 at Mod The Sims 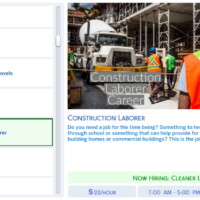 Construction Laborer Career by SimsStories13 at Mod The Sims 4