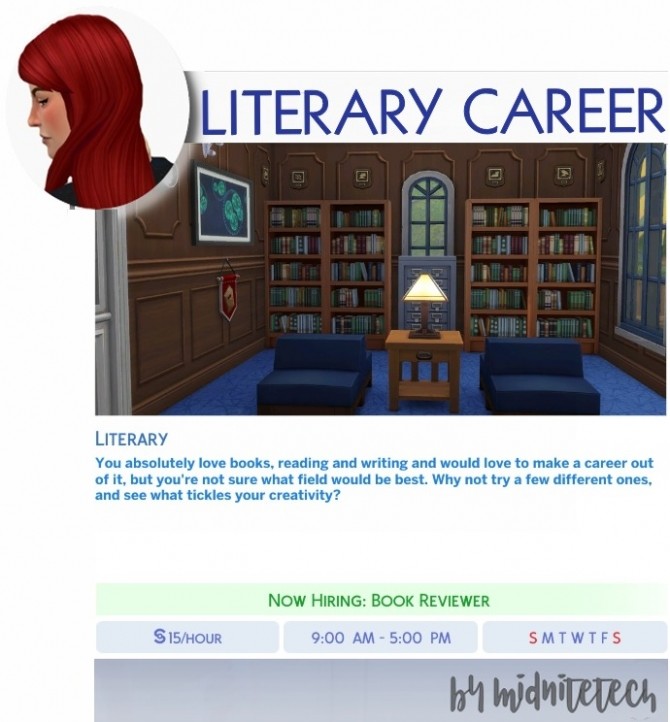 Literary Career for all your bookish Sims! This is a great way for your Sim to try a few different careers in the same field. There are 10 levels, available, as follows:

Book Reviewer
Getting paid to read? Sounds pretty awesome, right? However, you do still have to read the bad ones right to the end and write an honest review to be published.

Literary Scout
Reviewing books was fun, but now you want to move into a slightly different field. Your job now includes reading and writing reports on a wide range of books, initiating and attending meetings, developing a network of contacts, liaising with international publishing clients and attending book fairs.

Literary Translator
Literary Translators convert journal articles, books, poetry, and short stories from one language into, you guessed it, another language. Work on your Local Culture, so you’re not just tied to Simlish.

Curator
The travel that came with Scouting and Translating was getting a little much for you, so you’ve decided to settle down into the role of Curator for a while. You’ll be overseeing a gallery or museum, curating the institutions’ collection.

Script Reader
You’ve now decided to dabble in scripts, so you’ll read them for agents, producers and managers. Most agents are too busy to read scripts, so it’s your job to decide if it’s worth them taking a look at.

Editor
You’ve decided to get into editing, and as an Editor, you will be responsible for the style and content of the publication.

Book Cover Designer
A career in Book Cover Designing sounds much less stressful than editing, and you’ll be researching, sketching and designing, well, covers for books!

Book Producer
Book Packagers (also known as Book Producers) act as liaisons between publishing houses and everyone who works to put together a book–authors, artists, editors, photographers, researchers, indexers, and sometimes even printers. Could this be the career for you?

Archivist
You’ve finally found a career you love, and as an Archivist, you’ll acquire, manage and maintain documents and other materials that have historical and cultural importance. First job is organizing the scrolls of Selvadorada! 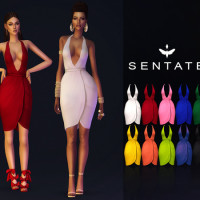 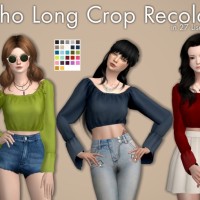