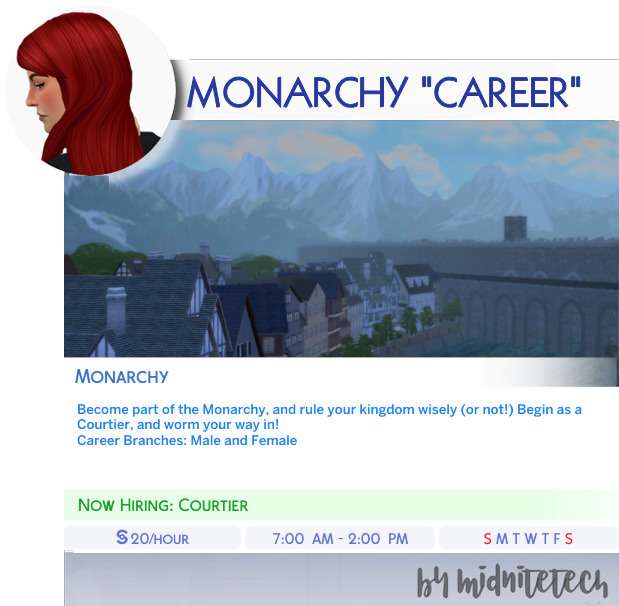 There are 8 levels available:
You begin your path to royalty as a Courtier, and then choose your branch as female or male oriented.

Courtier
Attend the Royal Court, and become adviser to the King and Queen. They don’t know you’re hoping to rule yourself someday! 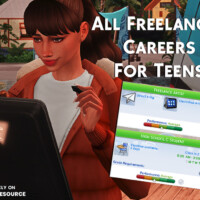 All Freelancer Careers For Teens by MSQSIMS at TSR 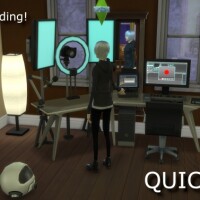 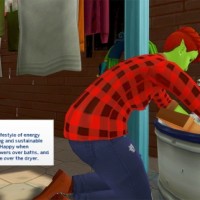 Eco-Friendly Trait by duderocks at Mod The Sims 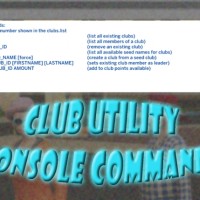 Club Utils by scumbumbo at Mod The Sims 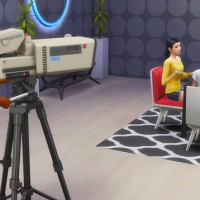