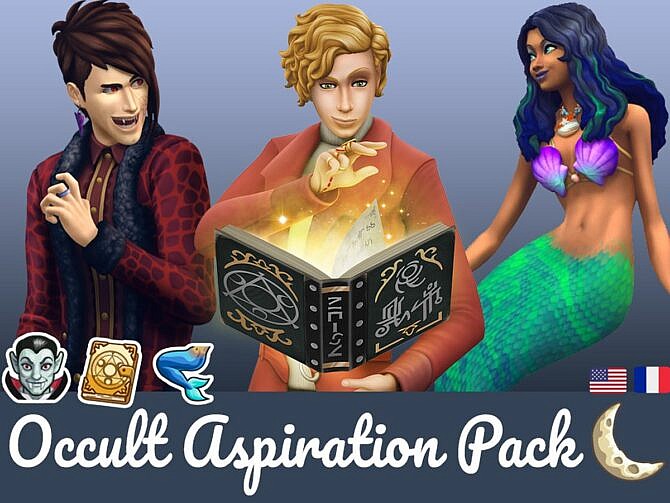 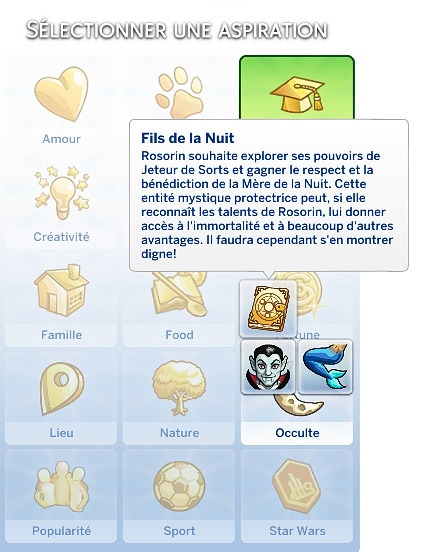 This mod is fully translated in English (it’s a bilingual mod English/French).

Vampire aspiration: Vampire Son/Daughter of the Night
Vampires are already immortal, so they won’t get immortality when completing this aspiration. But they’ll earn a new trait and other benefits!
As the Mother of the Night is also the vampires protector, vampire Sims get quite the same buffs than spellcasters. They also get the Mother of the Night’s blessing. At midnight, it’s the Vampiric Happy Hour, which make them flirty for 2 hours. Using some vampiric powers (like creating a new vampire) during the night give them an extra happy buff.
Vampire Sons/Daughters of the Night also increase their skills and romantic relationships 2x faster. They recover their vampiric energy 5x faster and increase their Vampire Points 2x faster.
Vampires Sons/Daughters of the Night will also make other Sims feel dazed during the night.

Mermaid aspiration: Moon Child
Mermaids will also be granted with immortality when completing this aspiration and earn the Moon Child Trait. They won’t age after becoming Young Adult, and will earn some other benefits.
Mermaids will feel the Moon energy during the night and be happier. They also will feel inspired when swimming under the moonlight, or energized when diving at night.
They’ll earn in addition the Sulani Mana trait.
Moon Children increase their skills and all their relationships 2x faster.
These Sims are so filled with positive energy that Sims around them will feel inspired.

This mod works well with the great Expanded Mermaids mod by sp-creates​. 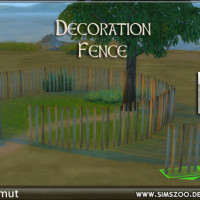 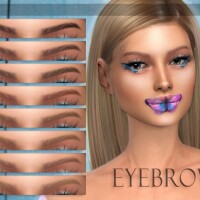