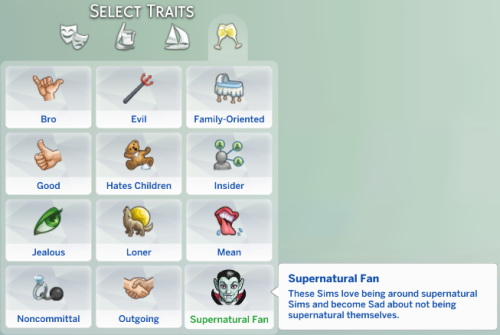 While the Supernatural Fan trait will work with just aliens, it was designed with vampires in mind, and since finding aliens is harder than finding vampires, it may get annoying trying to fulfil the requirement to spend time with supernaturals.

The reward trait for the Educated Vampire aspiration is Gifted Vampire, which will decrease the amount of Vampire Energy used once the Sim grows up. 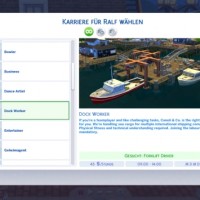 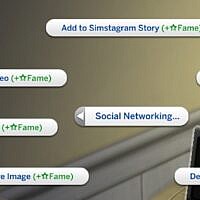 Social Network Interactions Crossover by adeepindigo at Mod The Sims 4 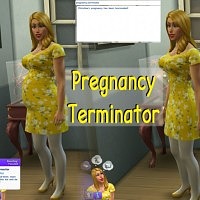 Pregnancy Terminator Command Mod by scumbumbo at Mod The Sims 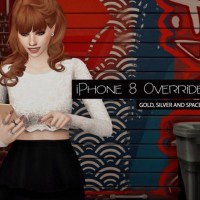 Less Flabby Elders by DrChillgood at Mod The Sims