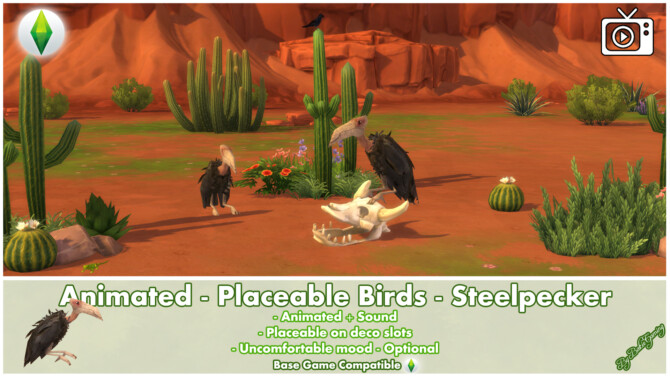 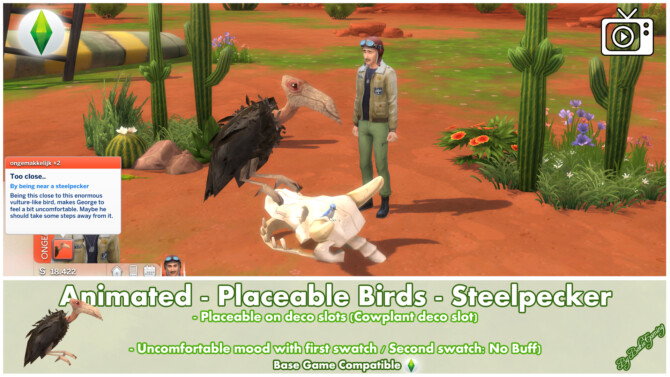 This invisible object spawns a Steelpecker, a bird that came with the Star Wars game pack.
When placing the object’s first swatch, all Sims being near the steelpecker will recieve an uncomfortable buff for as long as they stand close to it.
Walking away from the bird will make the uncomfortable buff to disappear.
If you choose to use the second swatch, no buff is attached to the object. This makes it perfect for if you only want to have the bird there for decoration purposes.
This object can also be placed onto deco slots making it possible to let the steelpecker sit on top of my former mod, the cowplant skull, for example.
If you want to see everything mentioned here, then take a look at the video linked above.

Object information:
This mod is Base Game Compatible
It’s a Standalone object, so it won’t override any other objects in game.
To easily find it, type ‘Steelpecker’ into the search bar.
You can also find it by going to the Decoration’s Misc section.
It can be recognized by my “BakieGaming” icon in the lower right corner of the thumbnail.
The costs are: 4 Simoleons 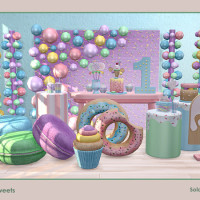 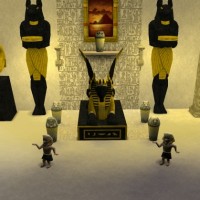 Egypt Relics 2 by g1g2 at Mod The Sims 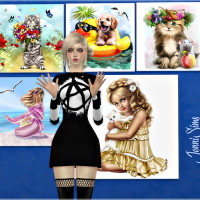 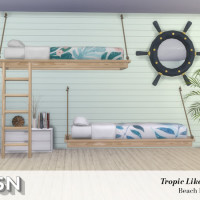 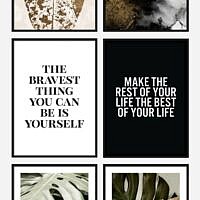 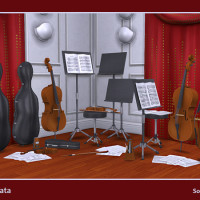