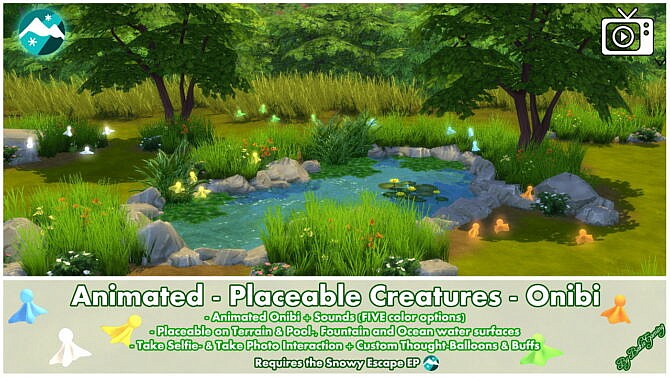 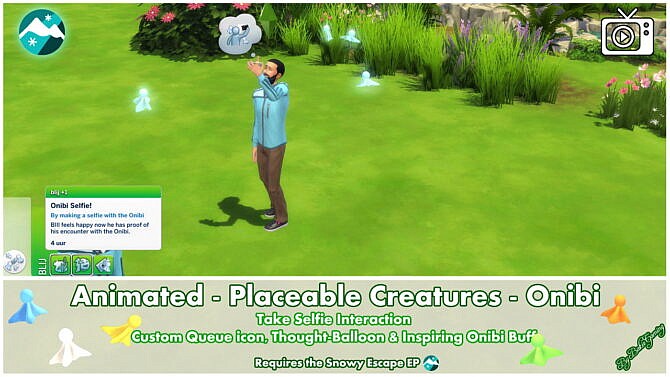 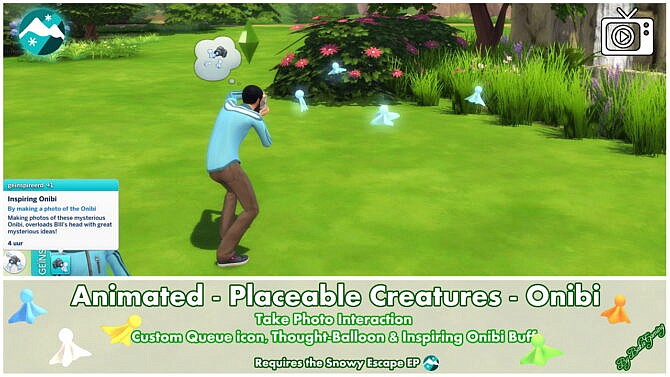 This invisible object which measures 2×2 tiles, has the ability to spawn Onibi.
For the people not knowing what Onibi are, these are the colorful forest spirits that can be found in the bamboo forest of Mt. Komorebi, the world that came with the Snowy Escape expansion pack.
As I’ve also attached some interactions beloning to this same pack, the Snowy Escape pack is required for the mod to work as intended.

Important to know is that the Onibi theirself will disappear after a few in-game hours, but their sound will remain audible.
Now you can wait for a lot of hours more for them to re-appear or move/replace the object so the Onibi will spawn immediately.
To easily find the invisible object, I made the object itself a bit bigger then normally. You can then hover your mouse over the terrain until the grabbing hand appear or use the eyedropper tool until the name appears and after that switching to the grabbing hand.

Another thing you might want to know, is that the object is also placeable on the water surface of fountains, pools and the ocean.
Interactions can still be executed when the object is placed near the border of fountains and pools or near an ocean’s floor slope. 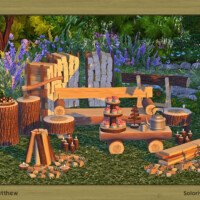 Matthew set by soloriya at TSR 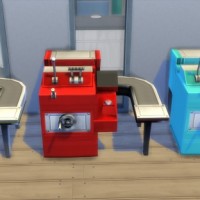 Smaller cupcake machine by Esmeralda at Mod The Sims 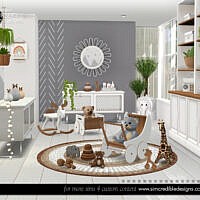 Naturalis Toys and Extras by SIMcredible at TSR 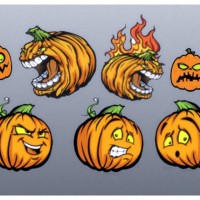 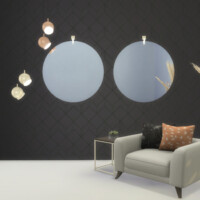 Falco Wall Panels And Lightings by Onyxium at TSR 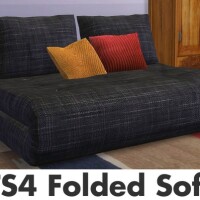