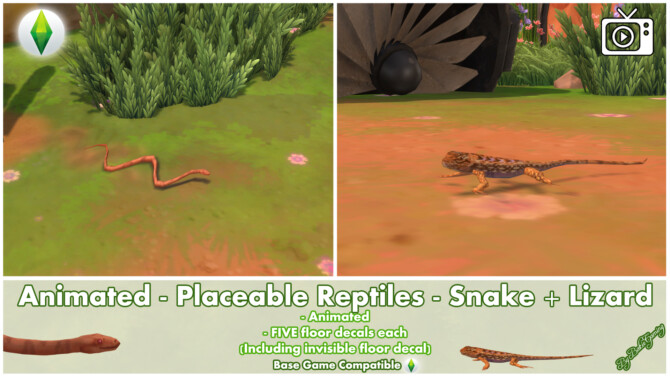 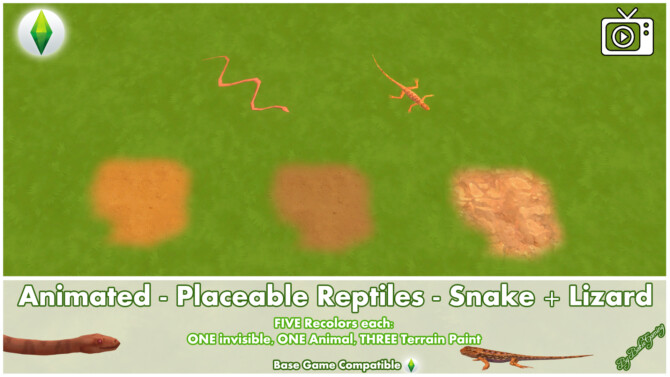 The download file contains 2 mods, both containing floor decals that either spawn a desert snake or a desert lizard. Normally these animals can only be seen in Stranger Ville.
Each mod contains 5 swatches which all spawn the same animal, so either the snake or lizard. The first swatch is an invisible floor decal, the second swatch shows an image of the animal it spawns and the last three swatches show an image of 3 base game sandy terrain paints.
As for those last three, as they’re made by using the textures from base game terrain paints, they can easily be blend into these same terrain paints. When hovering over those areas, the object itself will light up to easily find it back.
As for the effect of the snake, it will be repeated automaticaly approximately every in-game hour. The lizard effect gets repeated approximately every in-game 20 minutes 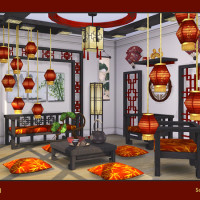 Chen set of furniture for asian interiors by soloriya at TSR

Poster Variety Pack by KisaFayd at Mod The Sims 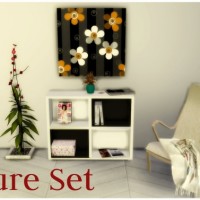 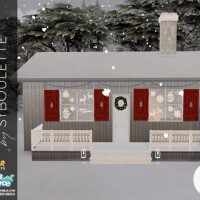 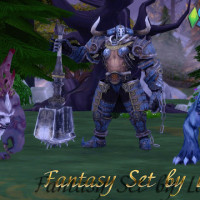 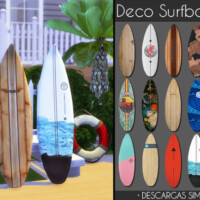